The “Sea Voyage of Hero X” is a project that takes the form of a flash fiction. Theodora is interested in the synthesis of itineraries and invented maps, creating connections between abandoned islands lost in the ocean.

The idea of ​​the “game,” central to her work, often allows her to explore notions such as reappearance, penance, and exclusion. Inspired by Johan Huizinga’s book Homo Ludens, she focuses on the act of playing in the development of a “mental game” without worrying about the outcome. This is a fun activity that leaves space for the imagination and aims to “tidy up a mess” – the “result” of the game lies in the creative process itself. This construction begins with a “frame,” with spatiotemporal limits and rules. This frame can take the form of a book, a painting frame, or an installation. Inside this frame, Theodora synthesizes universes like micro-landscapes; intermediate spaces between utopia and dystopia, figuration and abstraction, surface and spatial illusion. She often works with collages of text and images, layering and archival weaving to stage a “space-character” system to establish a link between the time of ancient mythology and contemporary times. 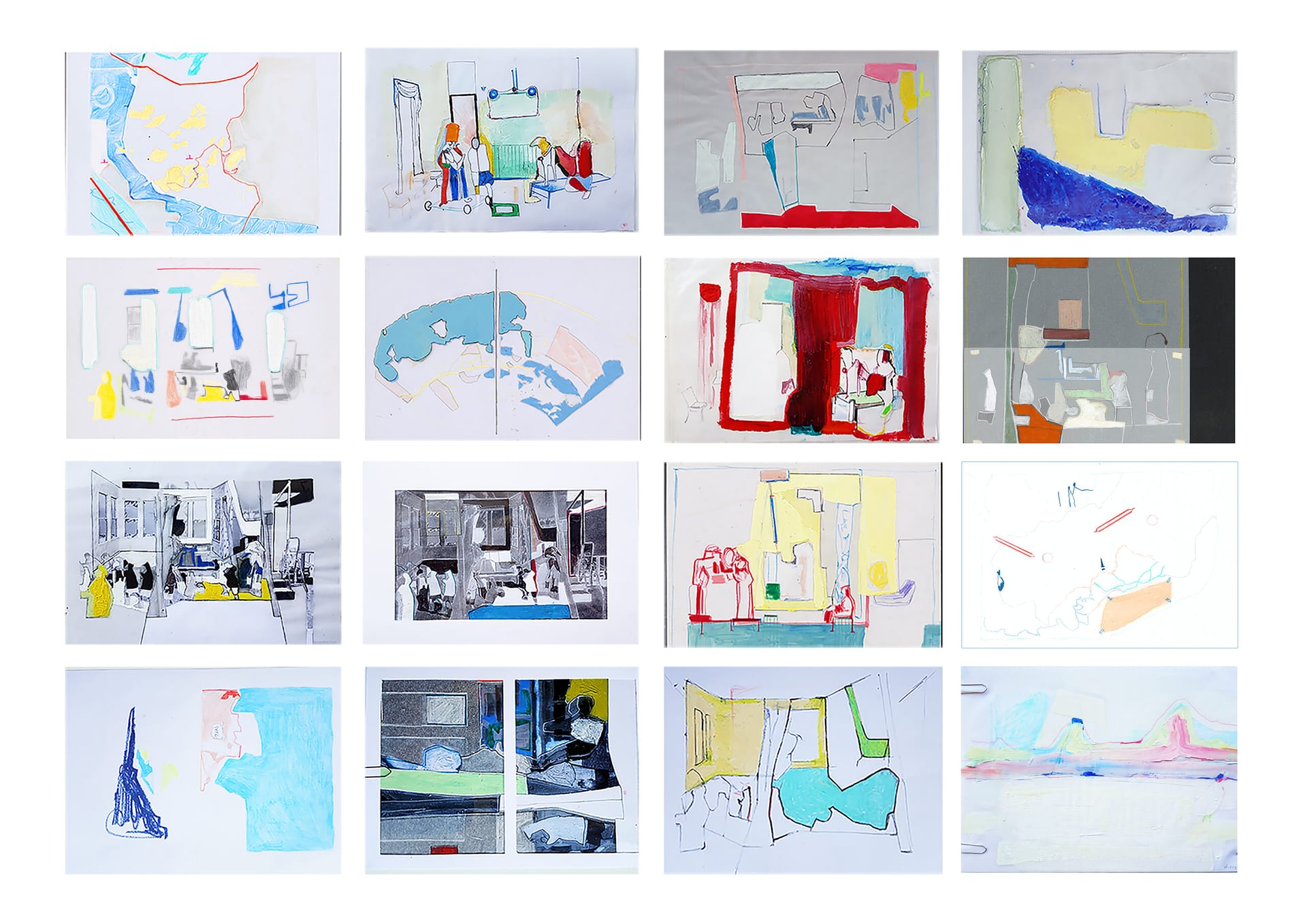 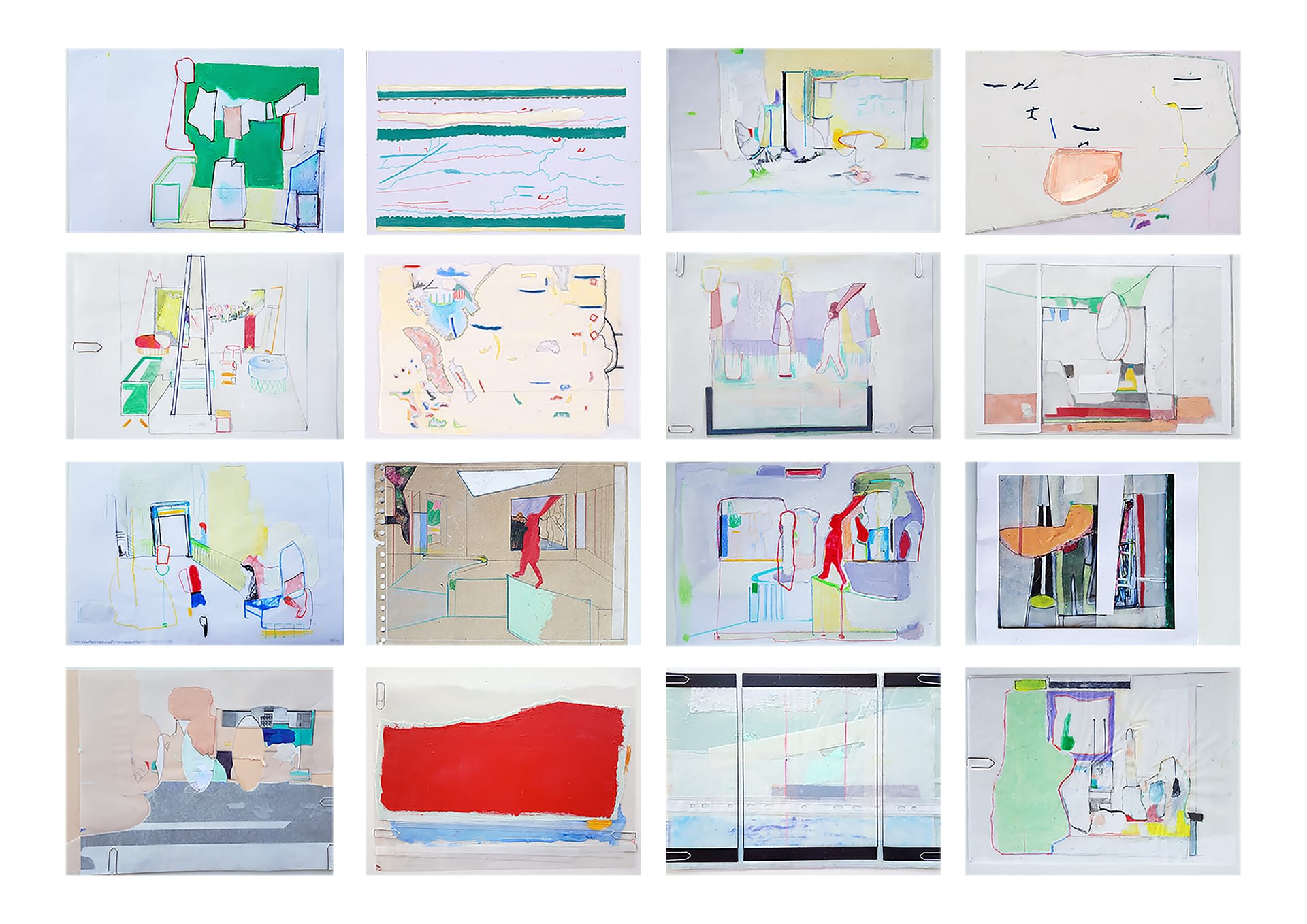 The idea of ​​time is central to her research. For “Hero X’s Voyage at Sea,” she was inspired by the myth of the Bijagos archipelago, told in Chris Marker’s film Sans soleil, to invent a new game. This game tells a precise story: an epic filled with unique adventures of an X hero traveling by boat. The “board” of the game represents the precise route of a journey whose progress does not depend on chance and the game of dice. A journey, a cartography, ten islands, a hero metamorphosing into ten different forms, successively crossing spaces to arrive “until the last beach, the one where he will wait for the boat for the other world…”.

The players are all characters borrowed from ten modern and contemporary plays, and have as a common denominator their belonging to another work. They are like “ghosts,” “tragic characters” haunted by their own destiny. This is the case, for example, of King Lear from Shakespeare’s tragedy in the version written by Edward Bond, or even the ghost of the Rouquin in Koltès, itself taken from Salinger’s famous novel The Catcher in the Rye. Theodora’s goal was to once again give a role to these ghostly characters by choosing an island to which each would be attached.